The Ragnar Relay Wasatch Back 2009 birthed at least one new runner.

24 hours of pure insanity. The Ragnar slogan is completely apt: “Run. Drive. Sleep? Repeat.” Why would anyone actually pay money to endure the torture? Let me tell you my story and perhaps you can understand how Ragnar got into my blood and now has me looking for more.

The year was 2009. I was in my mid-thirties. I had spent my life hating the idea of running. Oh sure, I love playing soccer, running after a ball, or hiking mountains, or mountain biking, I even love rappelling Aussie style. But running? No way! BORING!!! I had thoughts like: “What is the point of running?”, “It is exercise, pure and simple.”, “There is nothing fun about running.” Running is a solitary sport. That was my take on the whole running subject. If I was not chasing something or being chased, running was pointless in my opinion. 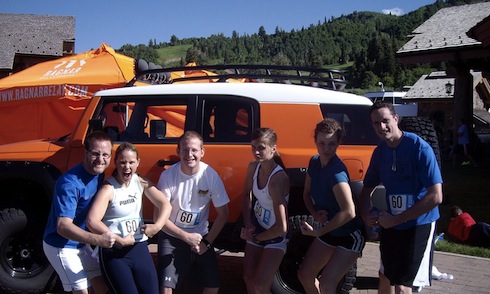 Then one day, my good friend and co-worker, Chase, said the word “Ragnar” and mentioned that it was a foot race from Logan, Utah to Park City, Utah. I thought to myself, that is insane. I learned that it was a relay race, which meant that a whole team of people run the race together. Not at the same time, but one after the other. They all take turns running which makes the total distance any one person has to run much more achievable.

This relay race idea is something I had heard of before. My sister Trishelle ran something similar in Oregon. She had talked about how awesome and amazing it was and how much she wanted to do it again. Chase mentioned how he had really enjoyed it as well. He told me how it is much more than just a foot race. He said it was actually fun.

This made me stop and think. “Running” and “Fun” were concepts that I had never allowed to play together. Now, for the first time I was actually considering the possibility. People I knew, had done it and enjoyed it. The words they used to describe the experience did not include “boring” and “tedious”. I was intrigued.

I asked my wife. Jamie had always had knee problems. She had run in the past and said that she enjoyed it but had never gotten into running as a serious hobby because it had always bothered her knee. Her answer surprised me. Our conversation went something like this:

Me: Would you like to do a race with me? I am being talked into participating. It might be fun to run together.

Wife: My only concern is that I am an ULTRA slow runner, and if winning is the goal, I would NOT be an asset to the team. But it does sound intriguing regardless.

Me: Winning is not the goal. Completion is the goal. Chase told me that it is more of an event than it is about winning.

Wife: Okay, I have no idea what I am getting into, but I’d like to do it.

Me: I guess that means I need to start running.

That was it. We and our other teammates committed ourselves to doing it and took the plunge. I decided to actually go out and run, to see what the hype was all about. Perhaps it was because I now had a goal, because my first run was actually rather exciting. In fact, from then on my idea of running was completely changed.

For extra practice and motivation before the Ragnar, I entered several small races. A 5k, 10k, etc. Those were really fun. In fact, these smaller races served to bolster my enthusiasm for running. I looked forward with even more excitement to the Ragnar race. The moral of that story is that if you are looking for motivation to run, sign up for a race.

Soon enough, the date for the Ragnar came around. We all drove up to Logan, Utah and checked in. We decorated our two vans with our team name and other fun stuff. We noticed that there were other teams that had gone all out and really made their vehicles look wild and crazy. There was one team that made their vans look like huge wooly mammoths! Some teams even had costumes that they ran in, like “The Warrior Princesses” who all looked like Xena.

The excitement level at the Ragnar was high. Every exchange (way point) was packed with people and there was a general air of excitement and encouragement. Everyone was cheering for everyone and just having a fun time.

The way the relay works is that each team has 12 runners and two vans. Each vehicle has 6 runners in it. Each runner has three legs to run. The first van has runners 1-6. Runner 1 starts at the beginning of the race. The first van follows the runner and provides support and also delivers the second runner to the first exchange. Runner 1 crosses the first exchange line and hands off the baton to the second runner. The first runner hops in the van as it speeds off in support of Runner 2 on it’s way to exchange 2. This continues until the end of the sixth leg. Meanwhile, Van 2 is gearing up for their runs and getting to the first major exchange. As Runner 6 finishes their leg they hand off to Runner 7, who is the first runner from Van 2. This continues as the runners and vans leap frog each other until all 36 legs have been completed. At the end of the race is a huge celebration. 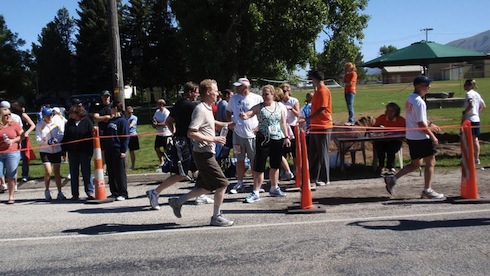 What really made this race so worthwhile was the camaraderie that our team developed. For 24 hours we had to rely on each other for support. Support came in many forms. Cheering for each other was probably the best support. As I would run it was amazingly encouraging to have my van pull up beside me and start whooping and hollering. Yelling my name and cheering me on. One of my teammates would always be willing to run some liquid refreshment out to me and even run along side for a while to give extra encouragement. While we rode in the van we had time to get to know each other better. We even enjoyed cheering for other teams just because we were having so much fun.

The act of giving service and supporting others while getting to know them personally was a kind of glue that bonded us together. Some of the people in my van were family members and I even got to know them better. It was a difficult and exhausting experience that in the end had created a band of friends. Truly a team building experience. I look forward to the next race with excitement and anticipation. 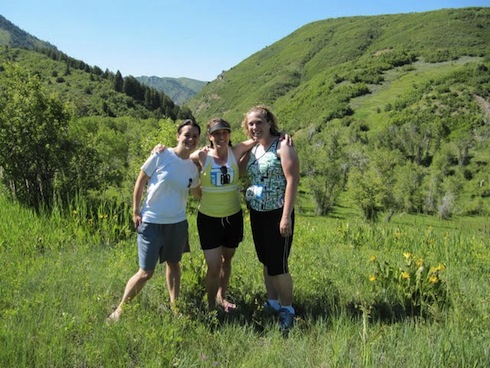 One other benefit of the race was getting to see some areas of Utah that I had never seen before and that were amazingly beautiful. The scenery was spectacular.

Since I have been running I have realized that running is not only good for my physical body. It is also good for my mind and my spirit. When I run, my mind has time think. Sometimes I run while listening to audiobooks or blogs, sometimes I run to music. Sometime I just run to my own thoughts. There are few places in this world where I can truly let my mind relax. When my mind is relaxed I am able to think more clearly and I also find that I am more receptive to inspiration from my Heaven Father. Running is one of those places for me and I usually end my runs with the need to write down my thoughts.

Since the Ragnar race I have run even more races and I have never felt better. Getting my “exercise” has never been more fun. I am proud to say that I am now officially a runner. 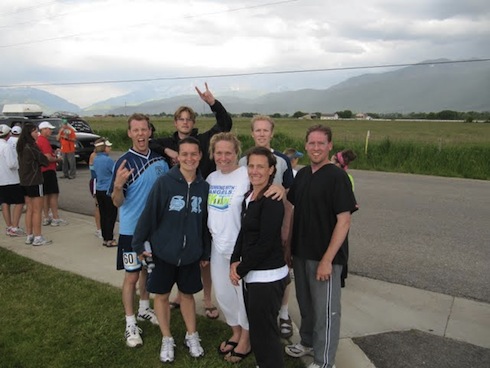 (Disclaimer: I would not suggest that anyone go from zero running to running half a marathon with only a month and a half of training. Your results could be problematic and painful. Always start slow and work up to your goal. Pushing yourself is good, but only if you are ready for the push. Pushing a body that is not prepared can damage the body. Results can be ITB syndrome or worse. Trust me on this one.)